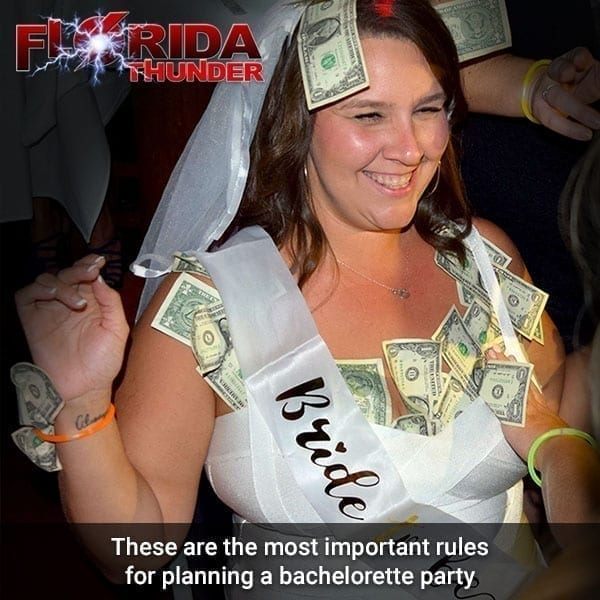 A  bachelorette party  is considered one of the most important moments in a woman’s life – not as important as the wedding, of course – and it should be absolutely memorable. And if some people believe that it’s a simple party, organizing it actually implies a lot of communication and planning. Yes, it can be a real challenge! However, if you follow a few basic principles, planning a bachelorette party can become a bit easier!

Let’s take a few moments and see which are the most important rules of putting together the bride last big party before…well, changing her status!

Since we’re talking about such an important event, taking some time to plan everything is highly recommended. For example, starting the plans in order to have everything ready one month before the wedding is absolutely perfect! The bride won’t be too stressed or too busy to have fun!

While most details of a bachelorette party should remain a surprise, it’s mandatory to ask the bride-to-be who she wants to have at her party. Also, don’t forget the golden rule: never ask anybody who isn’t invited to the wedding itself to come to the party. Besides this, consider the future sisters-in-law! If they will become part of the family after the big day, it’s a good idea to include them, even they’re still not very close to the bride.

There’s no doubt that taking the financial aspect into account is also very important. For starters, you can talk with the other bridesmaids about how much they can afford to spend on the night. Then, negotiate until everyone is on the same page.

Don’t forget: the bride won’t pay for anything, as her costs should be absorbed by the wedding party!

Depending on the location for the bachelorette party and how many people are coming along, you might as well consider the means of transportation. A limo would be ideal – if it’s not out of budget and fits everybody – but a bus should also do the trick. Make sure it comes with an included driver since nobody wants to drive right after the party. Or, better said, nobody should be allowed to do it!

Make it all about the bride!

Since this is the bride’s last big party before becoming a Mrs., the whole night should be about her, so she must get all the attention. When organizing the bachelorette party, think about her personality and make sure you plan everything according to this. If she wants to go clubbing, organize a club-hopping night. On the other side, if she prefers a night out with karaoke, you know what location you can pick.

And by this, we’re mostly referring to social media guidelines. Not everybody like to share such moments on social networks, so a few rules should be set before the party starts: the bride should tell what she’s cool with having posted, then pass the info to the rest of the gang. Until you go for the first round of shots, that is!

If you make sure that these rules are followed, there’s no way your bachelorette party will not turn out great. And if you want to make it even better, you can always add a special moment. How does hiring some male strippers sound like?

The Florida Thunder strippers are perfect for one last single night out, providing various show concepts and offering professional services which will turn the party into an unforgettable night.