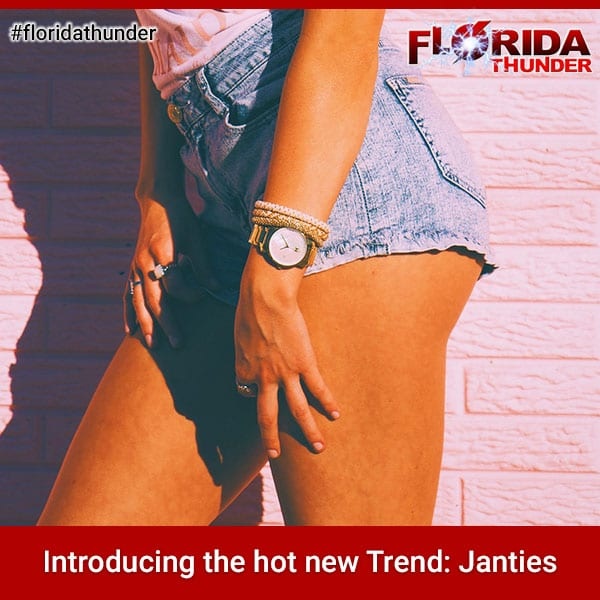 There’s a hot, new trend that’s both confusing and annoying fashionistas across the internet today: denim underwear (a.k.a. janties). These were recently introduced by the Y/Project as something you can wear either as underwear or, if you’re adventurous enough, as part of your outfit. Y/Project’s creative director, Glenn Martens says the collection they’re a part of was inspired by simplifying construction.

Lyst and Vogue Weighs in on This new Trend

Lyst is the largest global fashion search platform. It lets you search through thousands of online stores featuring over 5 million products from over 12,000 brands all at the same time. They said that they expect these extremely high cut denim panties from Y/Project’s spring 2019 runway show to be a major hit. In fact, in one week alone they’ve already had 3.8k social media mentions and 514k in social media engagement from people throughout the world. In mid-March they also reported a 2,250% increase in page views as people searched for janties.

Vogue also asked an ob-gyn their opinion on these new panties and the effect they may have on women’s health. Their reply was that anyone who wears these janties should do so while wearing a G-string.

Other Trends to Watch For