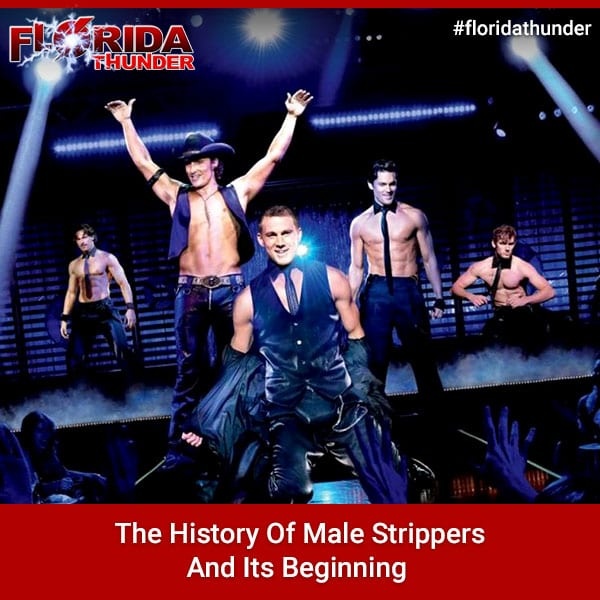 Male strippers have been a hot topic in the last couple of decades. You might have seen the Summer School to The Full Monty and likes where they are seen tearing off their pants. You will be surprised to know that this month, New York Times declared that male stripping was hitting the mainstream.

So, When Did Male Strippers Start Professionally?

It was the decade between 1970 to 1980 which saw musclemen getting paid for popping pecs and showing off their bodies. It was only in the late 19th century starting in the mid-70s that we saw the emergence of stripping as a co-ed profession. Instances such as a dancer peeling down a black G-String, handcuffing himself, and fencing outside had labeled a famous male stripper the tag of divine-Angle – the lovely male stripper. But such acts in those times attracted policemen and not producers. Men who did such acts and took off their clothes were often given citations for indecency.

But, by the late 70s sighting of male dancers became common at popular stripping clubs in the country. Some clubs started reserving dedicated nights for popular male strip shows. These events were solely restricted to ladies. Twin Cities for instance had few dancers featuring four clubs which was often full of women. Similarly, Chippendales in Los Angeles was equally full of screaming women when shows were organized.

It was in the 1980s when troupes were seen tearing off their trousers in multiple cities which included New Hampshire and even Concord. Amid such developments, there was a steep rise in gay strip shows as well. The Gaiety Theatre in Times Square had performers stripping to entertain other men. These shows weren’t similar to those organized for women as they regularly featured full-frontal nudity on stage. However, these shows were pretty similar to the straight counterparts but with a bit of drag and other gender play.

It took time for people to know widely about the new phenomenon be it for the straight or gay population. These male revues started being held at large cultural movements such as the rise of gay pride or the sexual revolution. It was also widely seen as a part of feminism’s second-wave movement. Despite such developments, male strippers were still facing resistance from multiple communities. Such tendency was evident from cases like six Pensacola, Fla., men, and their manager who were arrested on charges of indecency in Alabama. But later in a court trial, they were proved innocent and their lawyers argued that male strippers were discriminated against as the female strippers had the liberty to dance freely.

The argument put forward by the lawyer stated that males had the same rights as women to strip. During the trial, several club operators organizing such strip events were also charged for discrimination as they refused to admit male patrons. But the last 3 decades have seen more acceptability to such cases although the male shows haven’t changed much. They are organized similar to what you would see in Magic Mike. In comparison to the girly bars, male strip shows feature elaborate choreography with a healthy dose of humor. Called Playwrights, the male revue is performed on a script with previously determined costumes and participants.

Some cases even have a director who executes his ideas and sometimes double as a dancer of the troupe. For recruiting dancers, directors often place ads or approach people they see at health clubs, college campuses, or any other location. It has come a long way and women are crazy about such male shows. You will see a large group of women gathering and cheering up at such events today. If you are interested in witnessing such events or strip shows, you may check out Florida Thunder. They have an experienced team of male strippers, that have been entertaining women all across Tampa, FL.