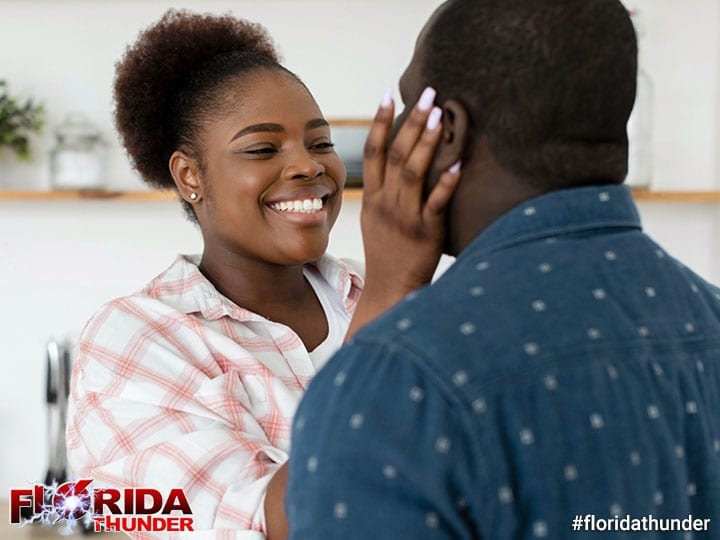 Usually, men don’t easily share things they expect from a relationship either because they are too embarrassed to ask or aren’t aware of how to express themselves. But the following action steps can make it way easier for them to understand their expectations, strengthen their connection, and develop a long-term healthy relationship they want and deserve.

Most married men over 40 years often believe that if their better half isn’t happy nobody stays happy. This simply means he wants you to be happy and sees it as a direct reflection of his effectiveness and sense of worth as a man. Hence, if the lady in the relationship is sad, expect the man to feel restless and make efforts to fix what he thinks can make her happy.

Expects His Lady To Show Interest in His Interests

He would love to see that you are interested in things he is passionate about. It may be his favorite sports, hobby, or his job. But it doesn’t mean that she should be interested in everything the man loves. Showing interest to some can help you strengthen the bond and connection. Giving value to something he loves can increase his love for you and improve your relationship.

Wants His Partner to Initiate Sex

Most men regard sex as a path to the deepest emotional connection. They believe it’s the ultimate means of expressing and receiving love. He expects his lady to make him feel that they want him and not just for the physical release of sex but because it expresses the love you have for him. Hence, it’s good to be bold at times and show up surprises to make him feel your desire. Initiating sex is the clearest possible way of showing love for him and your desire to be loved.

Expects to Be Praised and Acknowledged

Answering the question of what men expect from a relationship is pretty simple. Most men crave praise and acknowledgment indicating they are perfect at what they do. Things like appreciating and thanking them for picking up dinner one night or simply praising them to give the best hugs in the world can work wonders. You should remember that a man’s sense of self multiplies if you praise him for his efforts.

It is a common belief among men that women expect more time spent together than they do. He believes asking for some time away could hurt your feelings. However, it isn’t completely true. A woman wants her independence as much as a man does. Like you wish to spend solo time or party with your girlfriends, he also wishes he could spend some solo time or time with his friends.

Hence, encourage him by planning a meet like a Sunday brunch with your girlfriends and asking him if he would love to spend time with his friends too. Encouraging adventure by asking him to get some guy time or indulge in things he loves to do makes him love you more.

Expects You To Be Confident About Him

Probably the toughest thing he could ask you is to show confidence in him. If you show that you have full confidence in him is as simple as asking him to do a task and letting him, do it in a manner he would like to. For instance, a woman often asks her man to take them on a date and then tries to control each aspect from the restaurants they like, the mode of transport or the place they would like to park the car.

Looks For Your Respect

Any research would show that RESPECT is on top of a couple’s priority list in a relationship. But how would you know that you both respect each other? It’s very simple and shows up in little things. It could be the way you listen to each other or valuable time spent together and keep your agreements. Honoring differences of each other is an indicator of a respectful relationship. This becomes more valuable when you are aware that you both don’t like the same things or do not have the same opinions always. Being courteous to one another and saying please or thank you are simple things that mean a lot in a relationship.

As a woman, if you wish for some solo or party time with friends, it would be a great idea to consult Florida Thunder. They are known to organize great events and have some amazing performers for clients across Tampa, FL.